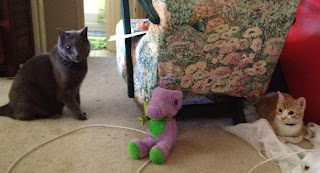 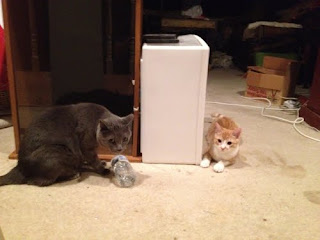 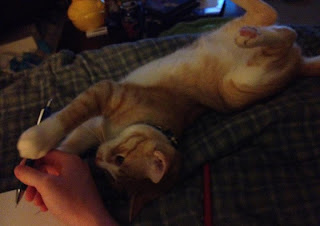 I'm back with a quick update on Otto (formally known as Flip). And he has gotten so big! I've found out his favorite toy of all time is HAIR TIES, and that he absolutely loves playing with them in the tub and/or sink. He loves to wander downstairs and torment our dog(A Lhasa Apso), and my brothers dog(An Alaskan Malamute, yes, that big dog breed!). He roams around, strutting around with confidence, it's quite amusing. =]

But at the time of his adoption, we had(and still have) a much older cat, Smokey (11 years). At first Smokey wanted NOTHING to do with him, as he was a little rambunctious kitty cat who just wanted to maul him. But in late August Smokey's behavior towards Otto began to change. At first I would just hold him, letting him sniff, of course after Smokey would hiss and retreat. But eventually I let him go, and they both began to play! So more and more I let Otto interact with Smokey, and I'd go find them both laying on the bed. Now I confidently and comfortably enclose both Otto and Smokey in three fairly big adjoining rooms on one side of our house. Smokey, who has been lonely since her owner went off to college now has a playmate to keep him company(and to keep him in shape!); and Otto, who also loves attention and hates being left alone has someone to hang out with. (And I have someone that can help drain that energy!)

Otto is just a little bundle of joy. Such a calm, well-mannered kitten. I am so glad I picked him up on that day, and I just had to share this with y'all! =]
Posted by HPF at 7:58 AM No comments:

Boo Boo now lives with us and Yogi near Magnolia. Hey have lots of room to play chase and catch. They are good buds now and very happy to have a forever home nd family. My pictures are on an iPad and I can't upload to this site.
Posted by HPF at 1:09 PM 1 comment: 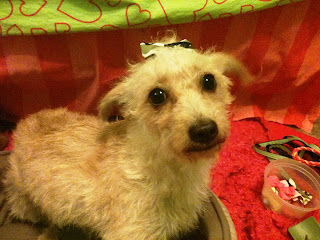 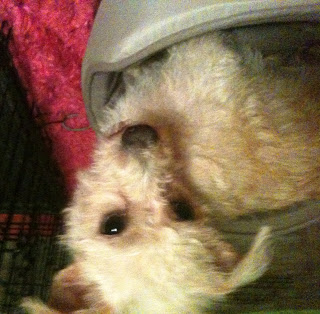 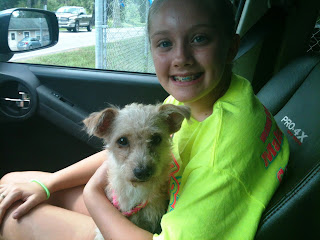 I've been wanting a dog for over a year, and I finally found the perfect one in August.

Hazel is a terrier mix and as sweet as can be. She loves her Momma so much and loves to snuggle and play. She is so spoiled; she even has her own pillow-topped throne. She enjoys spending time with all of the other animals here and is protective of her home.

We love her so much and we thank AAR Tomball for letting us take her home!!!!!
Posted by HPF at 5:50 AM 1 comment: 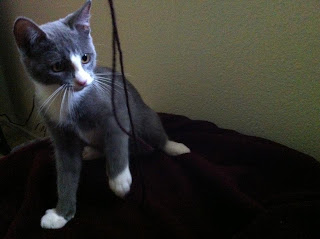 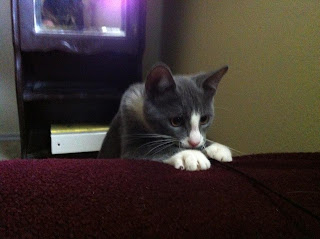 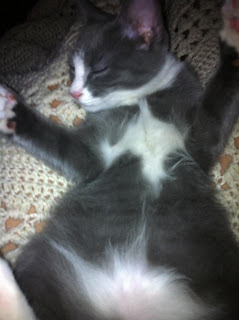 I adopted Sonny this past Friday. I renamed him Charlie. He is so funny! He loves to run around my house at a tear. He also loves to have his tummy rubbed. He flops over so I can rub it. Then he falls asleep in that position.

Thank you so much for my Charlie. Love him to pieces!
Posted by HPF at 3:27 AM No comments:

Update on Chloe (used to be Pinky) 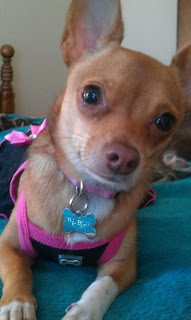 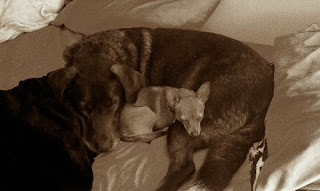 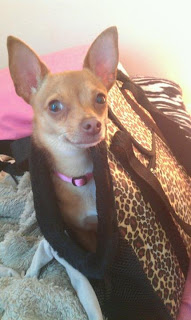 Me and my grandma adopted Chloe. We put up an adoption story on this, but here are some more recent pictures of her! The second picture is with her and Choco another dog we got from AAR.
Posted by HPF at 8:39 AM No comments: 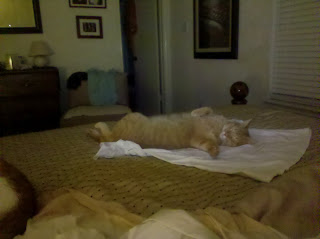 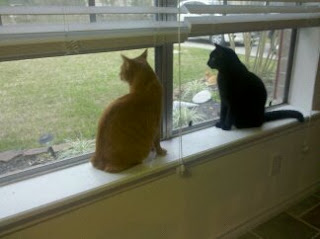 Hello friends!
I came to my forever home in February just 6 months ago. Seems like forever 'cause my forever family is just wonderful. My BFF's here (all 5 of them) are the best. There is a picture attached of me with my BFF Pepper. He and I are so busy being busy everyday we have to take a break to eat! I am one lean and handsome fellow. My mom says I am doing fine and she has never seen anyone sweeter, she is always kissing me and petting me. We talked and she said she wants to put a plaque in the lobby of the new building in my name. How cool would that be!

I run and play, I have special places to rest and nap. I have good family, food and love.
Life is good and I am happy.

Wishing you happiness too,

Sammy Sam Patterson
Posted by HPF at 7:54 AM No comments:

I posted about Yogi and his happy place several weeks ago, but the picture I uploaded was too big, so, here is one that, hopefully, will post. Yogi is a beauty. He has gained weight, is really well behaved for a young hound, and is very happy here. He is so sweet and loving too.
File #0 yogi ready to play cropped.jpg exceeds the maximum file size. Error: 1.
Posted by HPF at 8:43 AM No comments:

Happy Tails blog is under revision. You may send your info to AAR419E@gmail.com

Donate to help a homeless animal